The City of Owatonna has developed an Illicit Discharge Detection and Elimination Program. This program aims at tracking and eliminating sources of stormwater pollution. Routine inspections of the stormwater system help the City to identify illicit discharges and protect the communities resources. 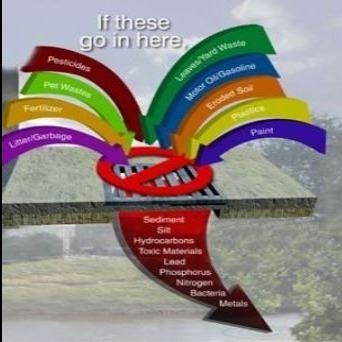 Definition of an Illicit Discharge

An illicit discharge is defined as any discharge to the municipal separate storm sewer system that is not composed entirely of storm water, except for discharges allowed under a NPDES permit or waters used for firefighting operations. These non-stormwater discharges occur due to illegal connections to the storm drain system from business or commercial establishments. These connections can be intentional or unintentional. Typically unintentional discharges are due to improper storage and/or improper handling of materials.

As a result of these illicit connections, contaminated wastewater enter into storm drains or directly into local waters before receiving treatment from a wastewater treatment plant. Illicit connections may be intentional or may be unknown to the business owner and often are due to the connection of floor drains to the storm sewer system.

Additional sources of illicit discharges can be failing septic systems, illegal dumping practices, and the improper disposal of sewage from recreational practices such as boating or camping. The City's stormwater ordinance outlines details specific to the handling of suspected illicit discharges.

Report any potential illicit discharge(s) through the IDDE Hotline.